In this month’s Meet the Artist series we talk with Kohl King to delve into her creative process and find out how her Indian origins influence her work.

Kohl earned her Bachelor of Fine Arts in Drawing and Painting from the University of Georgia, a Master of Fine Arts from the University of Arizona and studied Conceptual and Installation Art at The Cooper Union School, New York. Her works on paper, mixed media works, and collages are psychologically inspired, and she is most keen using inspiration from interpersonal relationships. Kohl uses an array of materials for her art such as glue, tape, wood, paper, paint, ink, cold wax, and string.

Kohl has been a part of the Los Angeles art scene for over a decade and D2 Art started working with her last year after falling in love with her works on paper and mixed media wall pieces.

1. Can you describe the time when you first realized that creating was something you absolutely had to do?

I have always loved learning and during the summer between high school and leaving for college, I took a few courses, such as acting, design, philosophy, at the local community college. These courses opened my eyes to larger perspectives as well as encouraged me to think and express myself in nonlinear ways, something I had not previously felt I was allowed to do. I fell in love with this way of engaging with the world, brainstorming endless ideas and making pieces through all kinds of means.

During the second part of the summer term, I decided to take a photography course. However, I had to seek special permission from the chairperson of Art & Humanities to take this class, as I was not declared an art major. During my meeting, I showed him a few of my previous photo works done in high school as a way to let him know I loved the media and would be a serious student in the course. After looking through my works, he asked me if I had ever considered studying and pursuing art as a career. Until then, I never thought about photography as more than a hobby, let alone a career as an artist. A few days later, I received a letter in the mail from the chair encouraging me to pursue my art and with it came a check for a small grant which would allow me to purchase art materials and pay for some more college courses. I remember clearly looking up from reading that letter and just for a moment, everything felt right. I feel many of us spend so much of our lives looking for this kind of feeling. I was lucky early on to understand art would always provide me with a way to feel centered and right within the world. 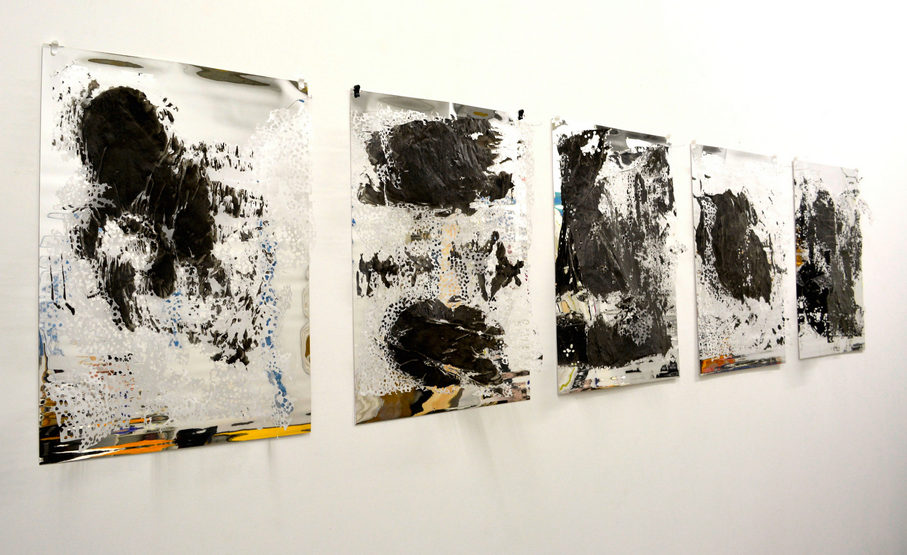 2. What themes do you pursue?

My work mainly derives from the need to understand dualities, specifically in ways of thinking and being; for example, fragility/strength, control/ acceptance, addiction/codependency, burden/support, power/submission. I often use materials that are loaded with symbolic references and work them together in a piece in a way that exposes the nature of the materials themselves, whether it be tension, cohesion or independence. The idea is that they have to sit together somehow in a work that is unified. I suppose I do this because we humans seem to constantly navigate through the world with opposing views and traits within our bodies and minds, and ultimately I am interested in showing what it means to be alive. In the process of making, I often discover that opposing traits or tendencies are usually not too far off from what they are in opposition to. For example, there is a great deal of strength in fragility and vice versa; submission is incredibly powerful and being codependent is often its own addiction.

3. What research do you do? Could you please tell us about the creative process – from initial thoughts to completion?

I really do not have a specific way that I begin, but all parts of my process eventually happen at some point. Sometimes, I start with the researching and reading articles and writings on a specific human behavior or trait before I move onto the materials and ways to put them together. Or I may begin by spending a great deal of time thinking about scenarios or people that I have experienced, either first hand or as a spectator, wondering why things unfurled the way they did in these cases. These are not necessarily negative, but of course they were poignant enough to leave a mark on me to want to revisit it. Other times, the access to certain materials and/or the media spark an idea or drive my research into a topic I am interested in investigating. For example, playing with a very specific type of tape first allowed me to explore the larger concepts behind the series Holding It Together. However in the series, History, I was interested in expressing very definitive ideas first and then selected the various materials after as the best to do so.

4. You have used a wide variety of media in your work.  How did you come about to your current means of expression?

Lately, I am interested in concepts of time, aging, beauty. Because these concepts are so vast, the means of expressing them are also endless in possibilities. Often in these cases, it is the media that I start out with first and through exploring the possibilities there, the concepts can be illustrated very differently. For example, my last two works, Beat/Fulmination and Entropy, are very similar in theme, but very different in manifestation; one is executed through digital means and the other, mainly through hundreds of used drumsticks given to me by various drummers in Los Angeles. 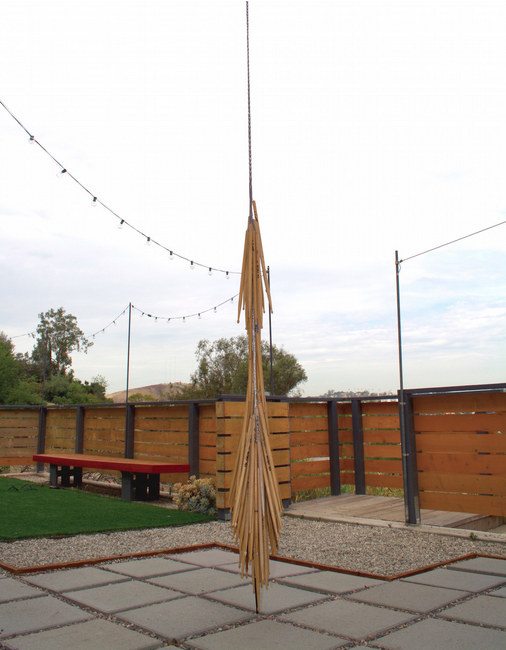 5. Describe a real-life situation that inspired you?

The Milk & Honey series is a result of trying to come to grips with an end of a long term marriage and the loss of dreams based on that union. Each work is composed of a fragmented background created by layering hundreds of financial receipts saved for tax purposes during the course of the relationship. These financial receipts serve as the only legal evidence of the years “spent” within the union. Using various adhesives (chosen for the colors referencing the title), lines were drawn upon the uneven background to create a “landscape”. Though the adhesives are meant to bind–the way they reacted or repelled each other as well as to their ground–speaks to the natures of individuals within any partnership. 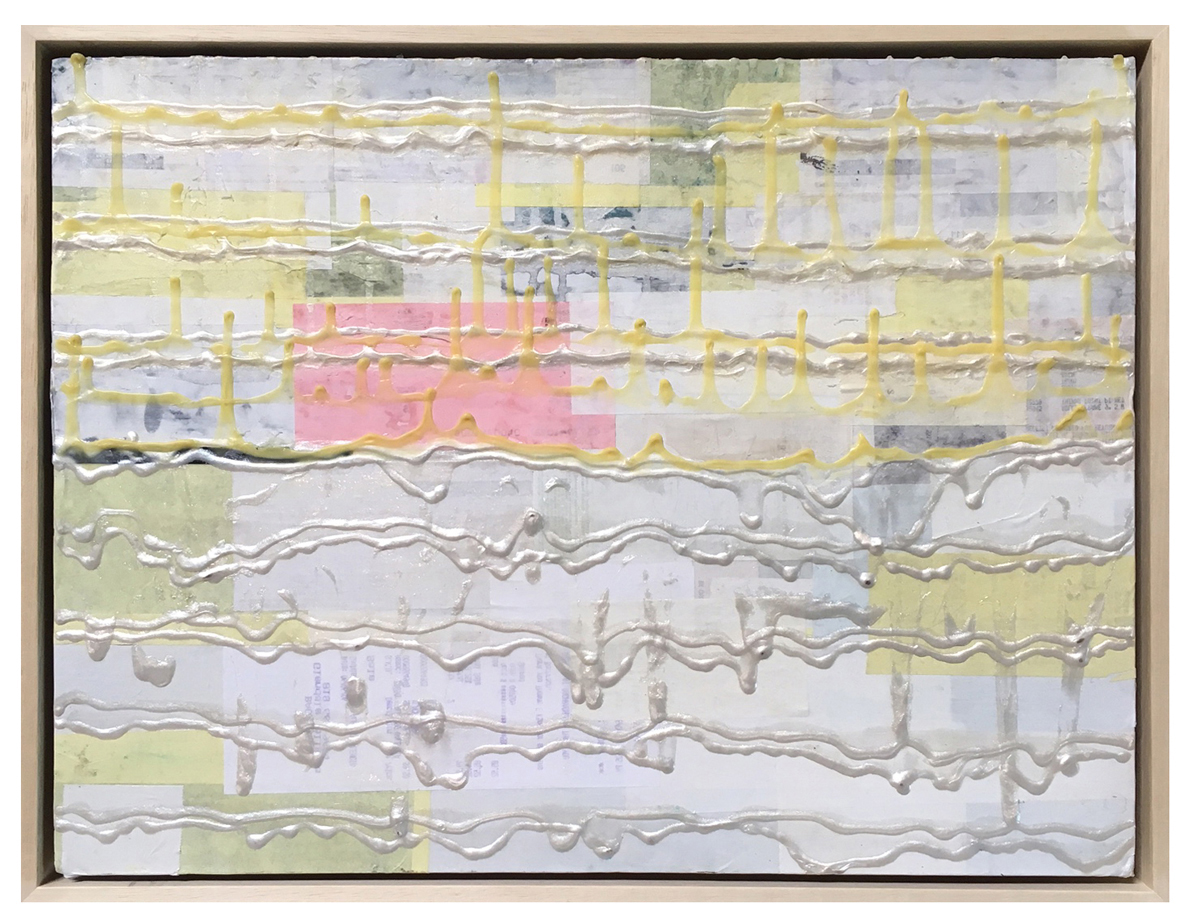 6. Do you think that Trump as the new president will influence your work?

If anything, my work will be less about Trump as a specific person but I am very interested in understanding the culture in which is his methods were effective in getting him elected as well as the ways people are now reacting to his position of power.

7. What jobs have you done other than being an artist?

I have taught art at the college level, lead artists’ workshops, and have also managed projects and creative teams in producing artwork for studios and other commercial enterprises.

8. Is the artistic life lonely? What do you do to counteract it?

Often being alone in the studio is something I absolutely need and want, but at the same time can be so isolating. It can be daunting, especially at the beginning of a new series to have to face yourself and “the blank canvas”, so to speak. But at this point in my life, instead of fighting through these feelings of self doubt, guilt, or fear—I accept them in their rightful place within the process of creating; they are valuable in helping me filter out what is working and what is not, helping me to get to the heart of what I want to express. 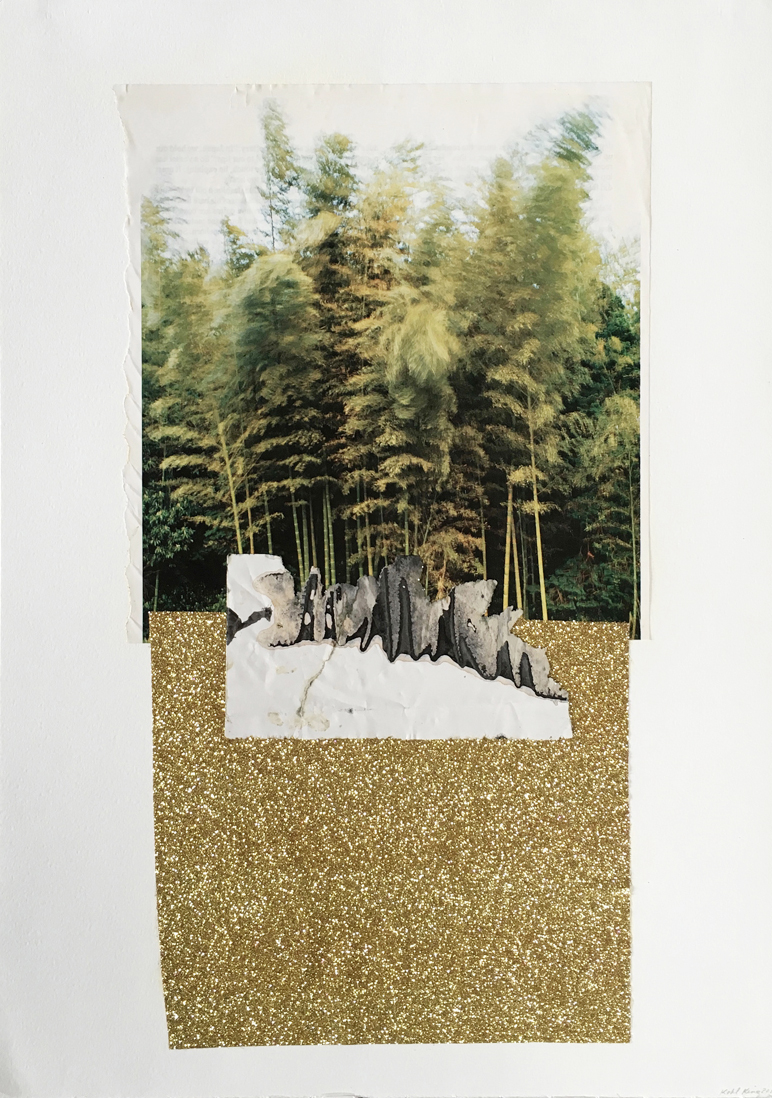 9. Does your Indian origin have an influence on your work?

I have come to understand my work is not necessarily influenced by being Indian but my interest in exploring dualities really stemmed from being an immigrant to America. Having come to the States at such an early age, I often struggled to navigate between fitting into the Western culture outside of my home, while holding onto traditions and priorities within my family. Often, these two parts were in direct opposition to each other and left me struggling to find a balance between the two worlds. That sense of trying to unify or reconcile. 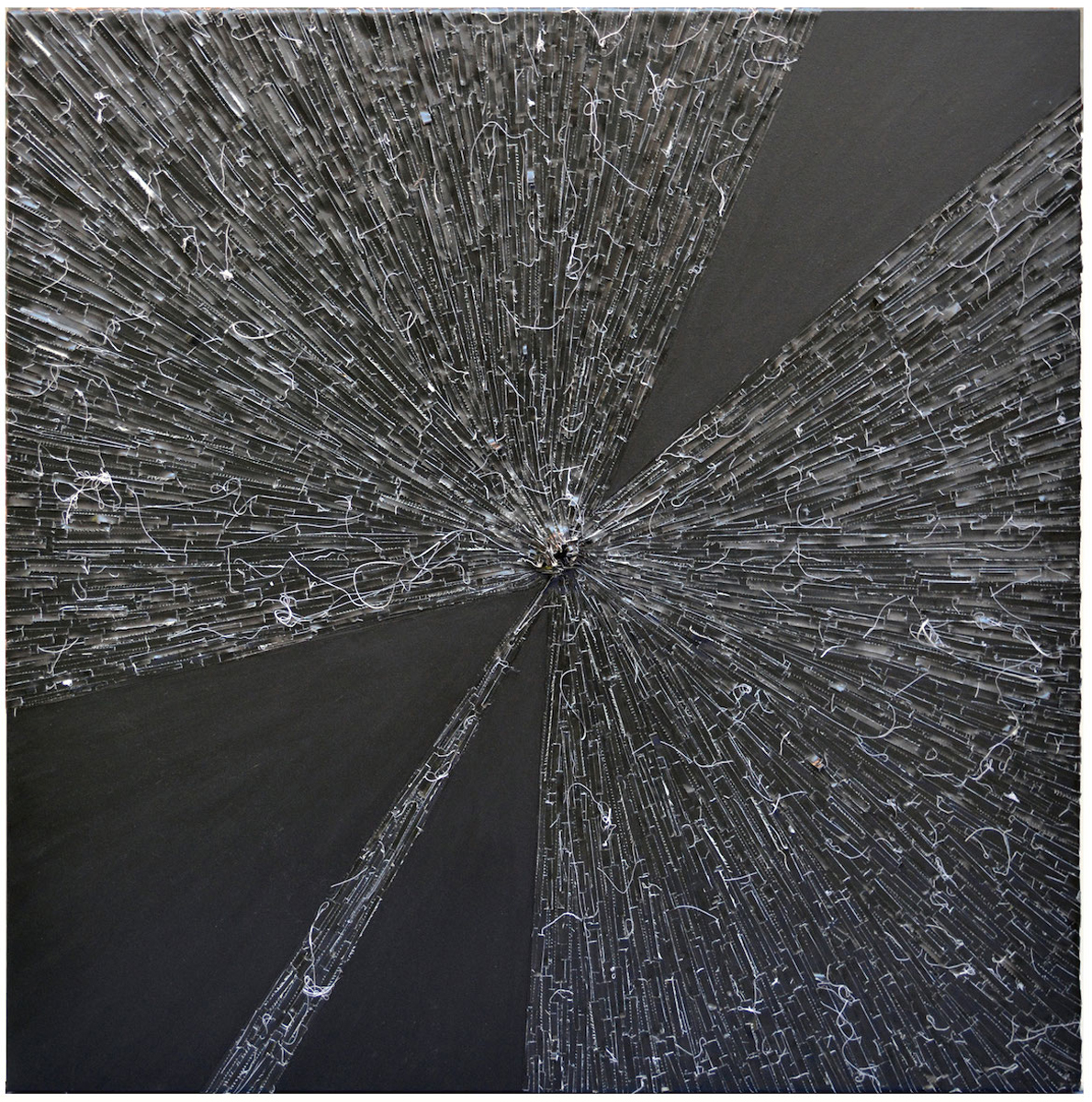