On May 16th, D2ART and Modern Resale hosted the monthly SDSA General Membership Meeting at their warehouse space on Jefferson Boulevard. The event brought together a large number of set decorators from L.A. to network and tour D2ART and Modern Resales’ modern room settings. Attendees were able to tour the entire space and view Modern Resale’s classic, authorized design furniture and D2ART’s cleared artwork that can be used for film.

Danica Derpic and D2ART have been members of the Set Decorators Society of America for 15 years. Set decorators strongly impact what audiences see on screen and in turn, purchases for home, office and leisure. The SDSA has been a valuable rsource for not only renting cleared art for film and TV, but also for generating sales to collectors. 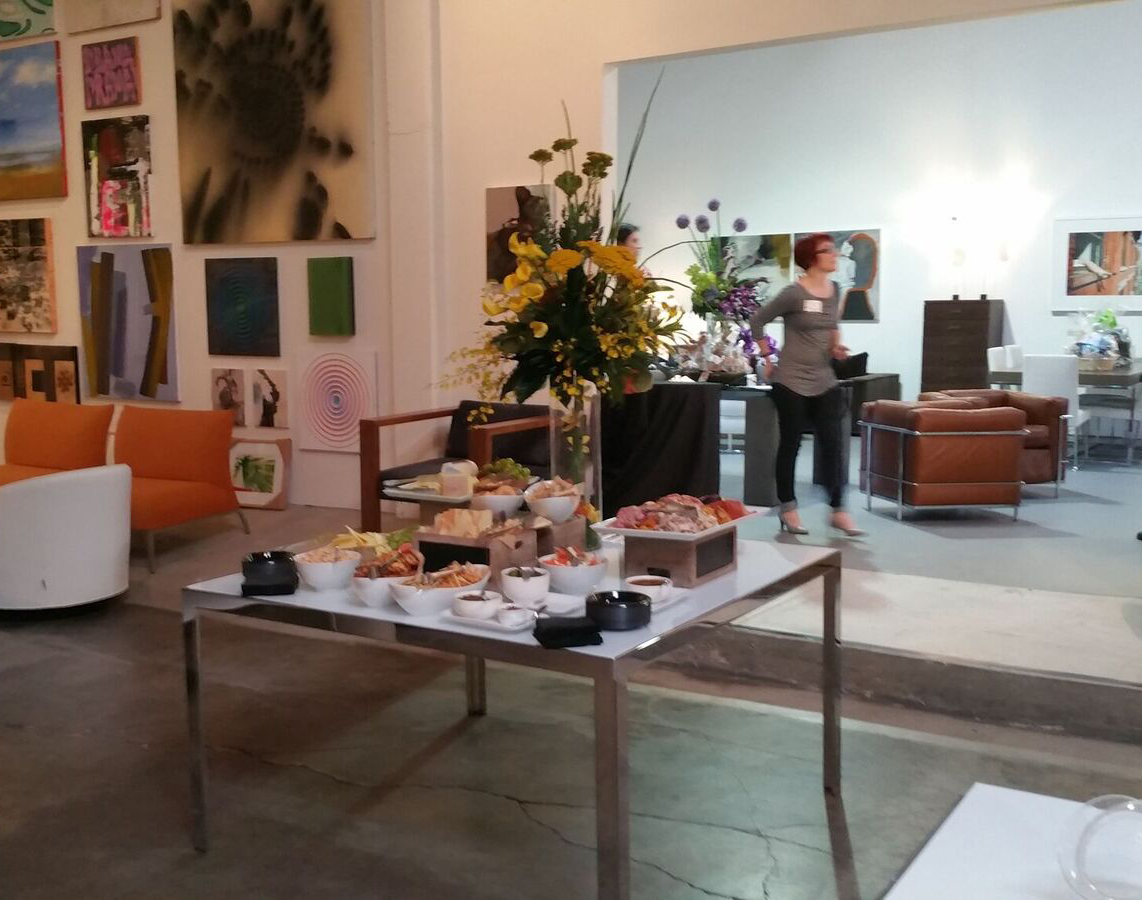 Getting ready for the event

ABOUT SDSA: The mission of the SDSA is to promote the highest standards of excellence in the field worldwide and to entertain, inspire, teach and preserve the legacy of set decoration in motion pictures and television.